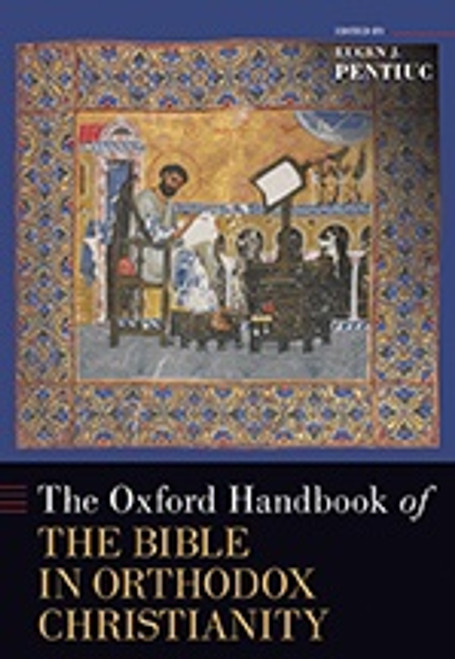 Take a look inside!

The Oxford Handbook of the Bible in Orthodox Christianity investigates the various ways in which Orthodox Christian, i.e., Eastern and Oriental, communities, have received, shaped, and interpreted the Christian Bible. The handbook is divided into five parts: Text, Canon, Scripture within Tradition, Toward an Orthodox Hermeneutics, and Looking to the Future.

The first part focuses on how the Orthodox Church has never codified the Septuagint or any other textual witnesses as its authoritative text. Textual fluidity and pluriformity, a characteristic of Orthodoxy, is demonstrated by the various ancient and modern Bible translations into Syriac, Coptic, Ethiopian, Armenian among other languages. The second part discusses how, unlike in the Protestant and Roman-Catholic faiths where the canon of the Bible is "closed" and limited to 39 and 46 books, respectively, the Orthodox canon is "open-ended," consisting of 39 canonical books and 10 or more anaginoskomena or "readable" books as additions to Septuagint. The third part shows how, unlike the classical Protestant view of sola scriptura and the Roman Catholic way of placing Scripture and Tradition on par as sources or means of divine revelation, the Orthodox view accords a central role to Scripture within Tradition, with the latter conceived not as a deposit of faith but rather as the Church's life through history. The final two parts survey "traditional" Orthodox hermeneutics consisting mainly of patristic commentaries and liturgical interpretations found in hymnography and iconography, and the ways by which Orthodox biblical scholars balance these traditional hermeneutics with modern historical-critical approaches to the Bible.

Philokalia: the Bible of Orthodox Spirituality

The Orthodox Church: An Introduction to Eastern Christianity

Philokalia: the Bible of Orthodox Spirituality

How are we Saved: The Understanding of Salvation in the Orthodox Tradition